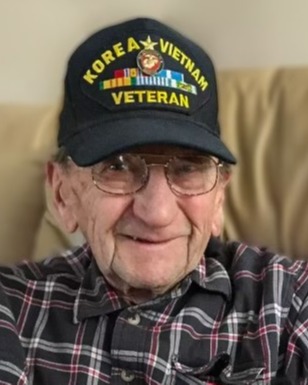 Mr. Troy Shirley Brammer, age 90 of Collinsville, passed away Sunday, December 11, 2022, at SOVAH of Martinsville.  He was born in Patrick County on July 24, 1932, to the late Lois Guy Brammer and Fannie Roberson Brammer.  In addition to his parents, he was preceded in death by a son, Tommie Wayne Brammer; one brother, Joyce Kilmer Brammer; and a half-brother, Alfred P. Brammer.  Troy served in the U.S. Army during the Korean War.  He graduated in 1950 from Woolwine High School and served as Valedictorian and attended Woolwine United Methodist Church.  He was an exceptional banjo player and was a member of the Brammer Brothers in the 1950’s.  He was a loving husband, father, grandfather, and brother.

Funeral services will be held Friday, December 16, 2022, at 2:00 PM at Woolwine United Methodist Church with Pastor Bill Richardson officiating.  Burial will follow in the Woolwine Cemetery with military rites by the Patrick County Veterans Memorial Honor Guard.  The family will receive friends two hours prior to the service at the church.  In lieu of flowers, memorials may be made to the Woolwine United Methodist Church, P.O. Box 74, Woolwine, VA 24185.  Online condolences may be sent to www.moodyfuneralservices.com.

To order memorial trees or send flowers to the family in memory of Troy S. Brammer, please visit our flower store.